The Rescues
The Llamas & AlPacas
Bravo

The above picture is Bravo, he is our "Poster Llama". He was sent to live with draft horses soon after he was weaned from his mother at approximately six months old. He had not been with Llamas all of the time that he lived with those horses. We had to reprogram him when we brought him home, he did not know he was a Llama. Seriously.

He was so desperate for camelid companionship that he literally jumped on the trailer with the other Llama that we brought with us. Since he was not use to people handling him we thought he would be difficult to catch. We were pleasantly surprised when he jumped on the trailer as soon as the door was opened.

He loves people and will walk up to almost anyone.
The Rescue Goats
Laverne & Shirley 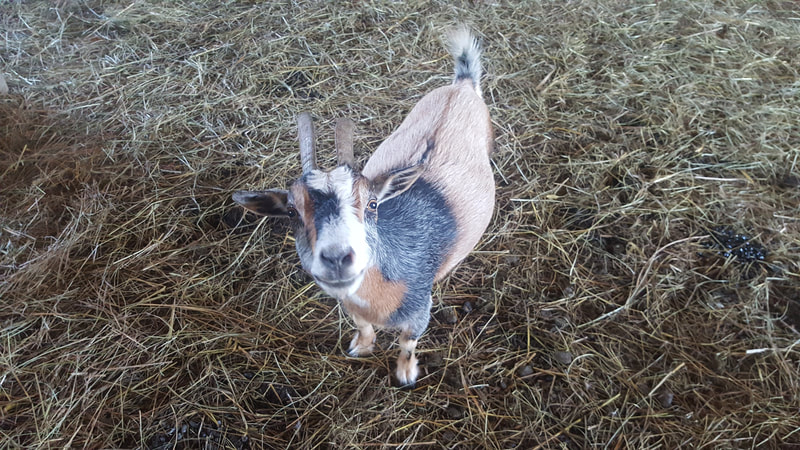 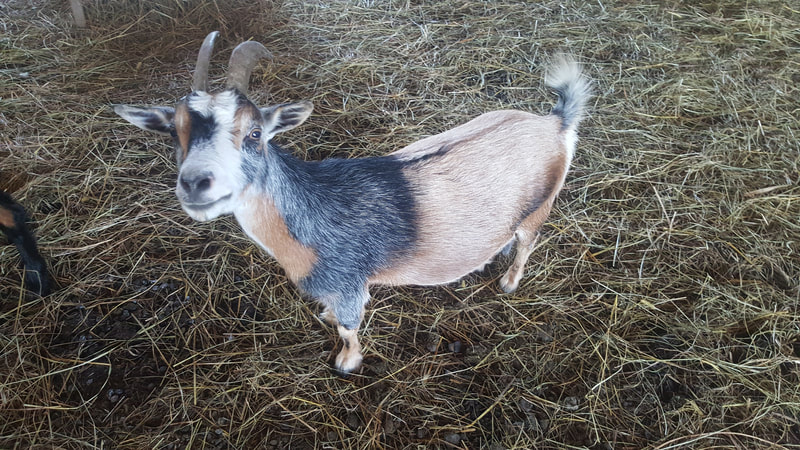 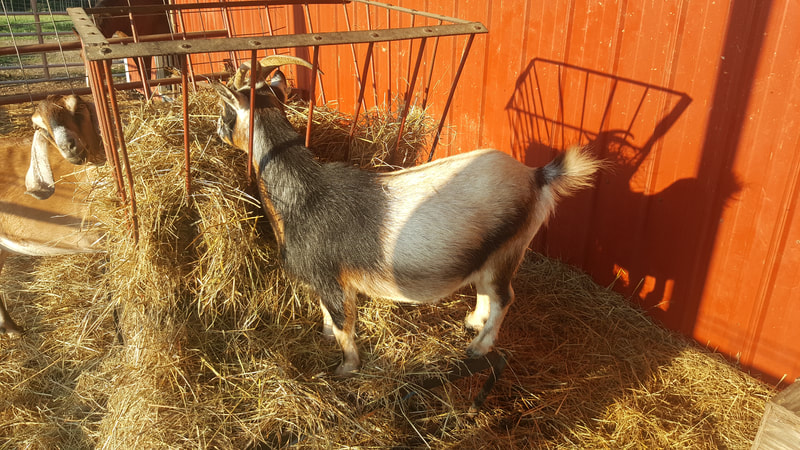 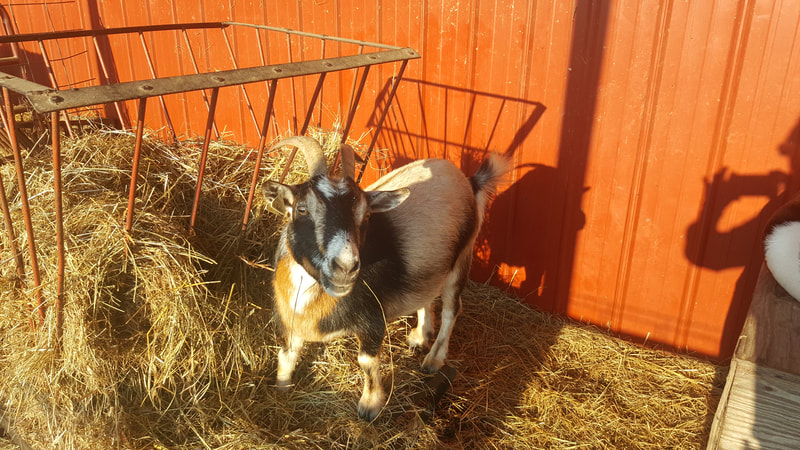 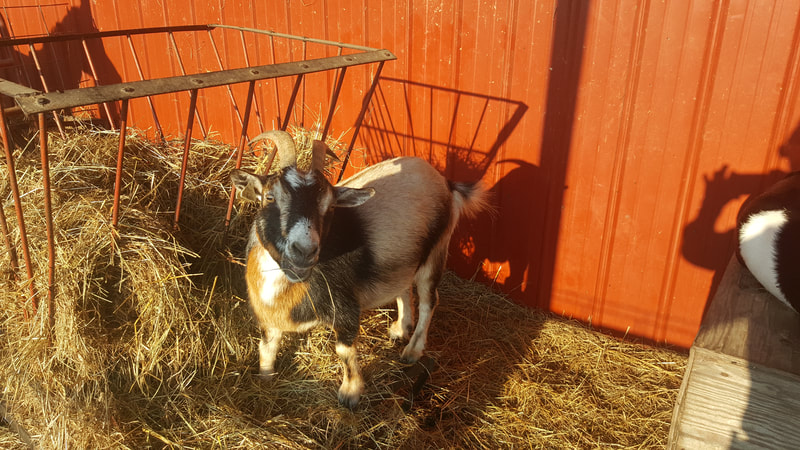 The top two left pictures are of "Shirley", the other three are "Laverne". They of course are sisters and are at least part Nigerian Dwarf. Shirley came to us a little over a year ago and her sister Laverne came to us in June 2019. They are both approximately nine years old. Shirley has had babies here and has proven to be a good milker.

We were told that both of them were mean and would not get along with any other animal or humans. They have proven to be delightful little goats. They both will walk up to you and they love to be petted and scratched between the horns.

They will likely live their lives out here.
Fred & Frank 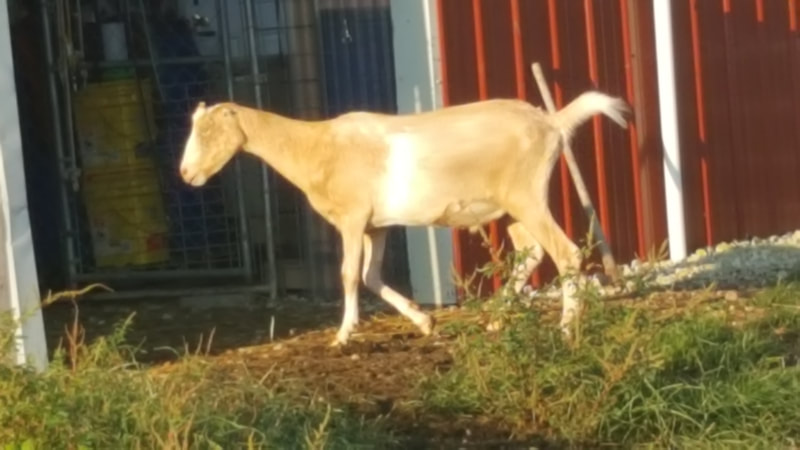 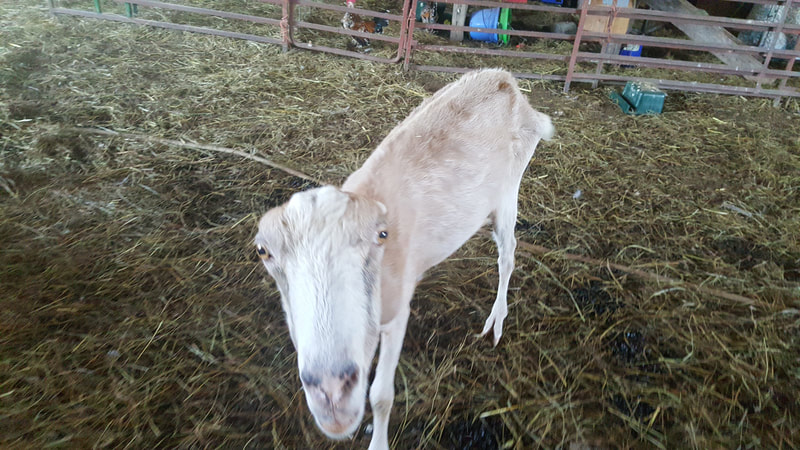 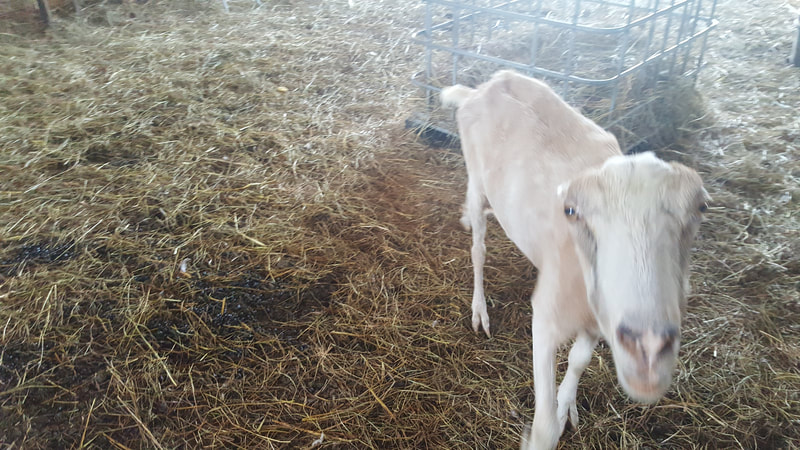 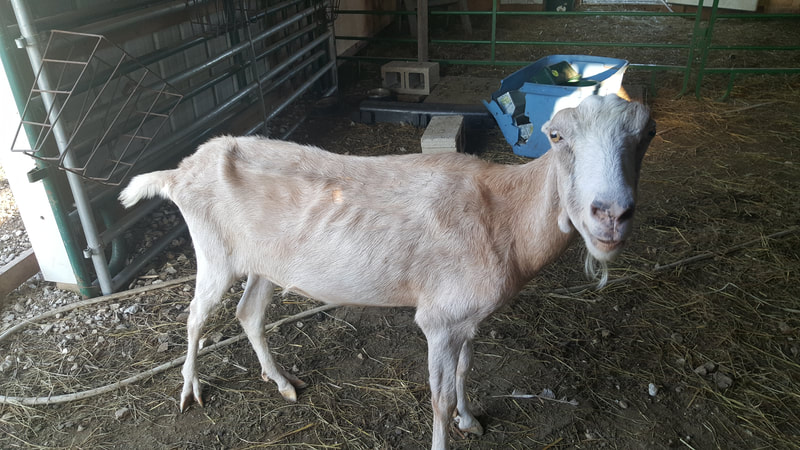 The top three pictures:
are Frank
The Bottom Three:
are Fred
​As far as we know they are brothers.
Frand and Fred are lamancha weathers.

​The top three pictures are Frank, the bottom three are Fred. As far as we know they are brothers.

Fred and Frank came to us along with some rescue Llamas. They are older and did not have any names. They are both weathers and are basically just good for pets and helping to keep the pasture & weeds under control.

Fred is sickly and we are trying to get him in good health again. He is making good progress.
The Rescue Ponies
"Mister & Velvet" 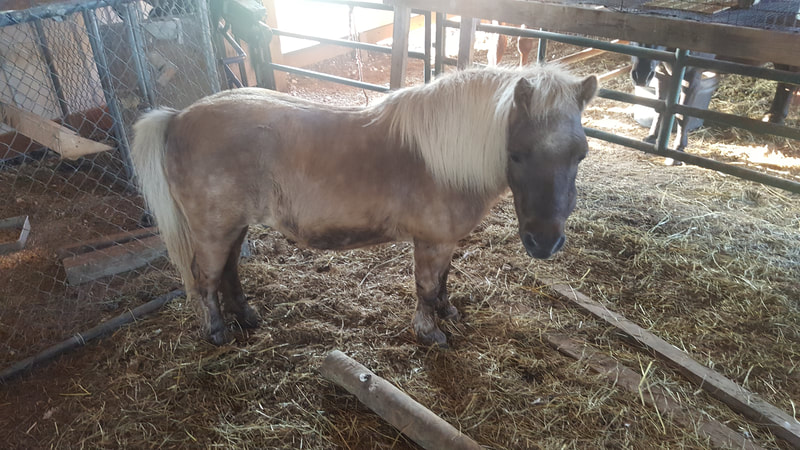 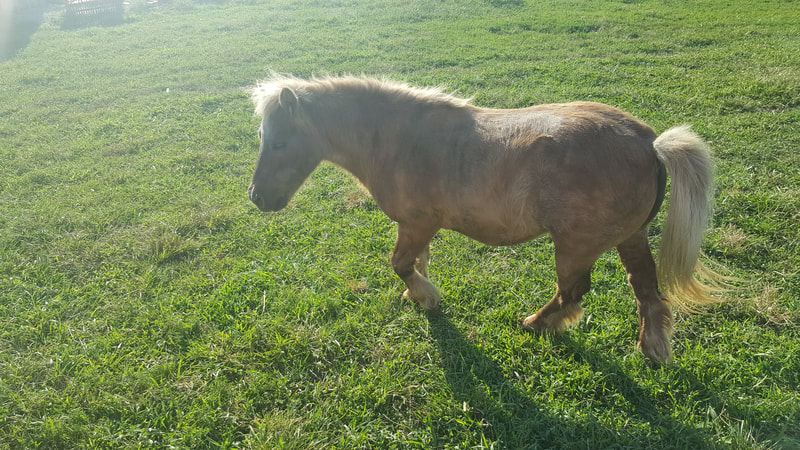 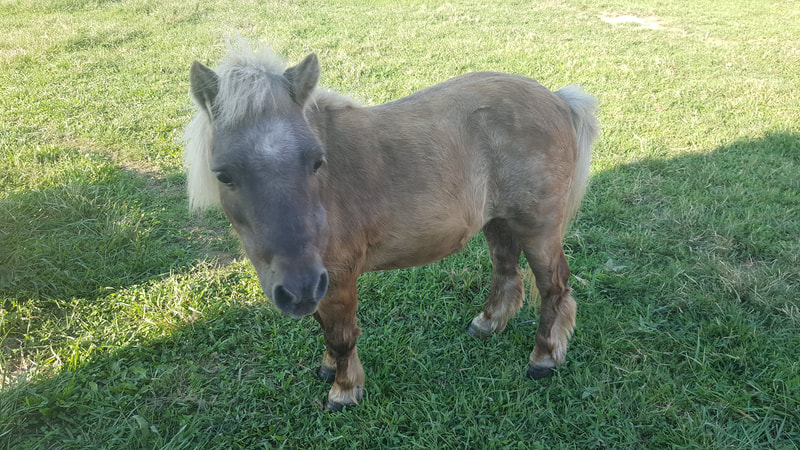 Top Three Pictures:
The top three pictures are of our resident "Mister". That was his name when he came here.
​
We had two rescue ponies that came in together about a year and a half ago, one a little filly and the other a senior citizen palomino.

We were told that he is a "been there done that pony". Meaning he can be ridden, driven with a cart etc. He supposedly was in many parades and public events both pulling a cart and children riding him. He had a recurring medical problem when he came here that has prevented us from trying him out pulling a cart. We are hoping to try him out soon.

He is very gentle and gets along with all of the "critters" here.

He will likely live his life out here.

The bottom three pictures are of "Velvet", that was her name when she came her with Mister. I renamed her Sassafras or Sassie for short. She was only three or four years old when she came here.

We were told that she was not halter broke and had never been worked with. That was probably incorrect. Sassie led very well on a lead rope and responded very well to many commands.

Since she was so young and had good potential we rehomed her to a farm where both grandchildren and a grandmother love her and work with her constantly.

​A happy time for all. 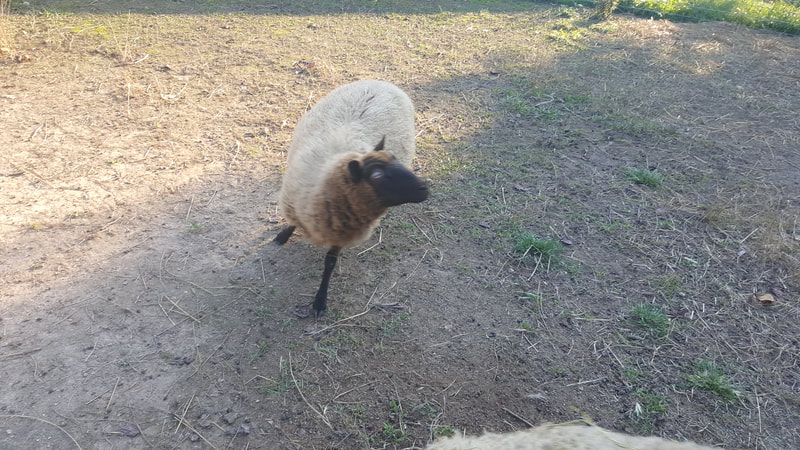 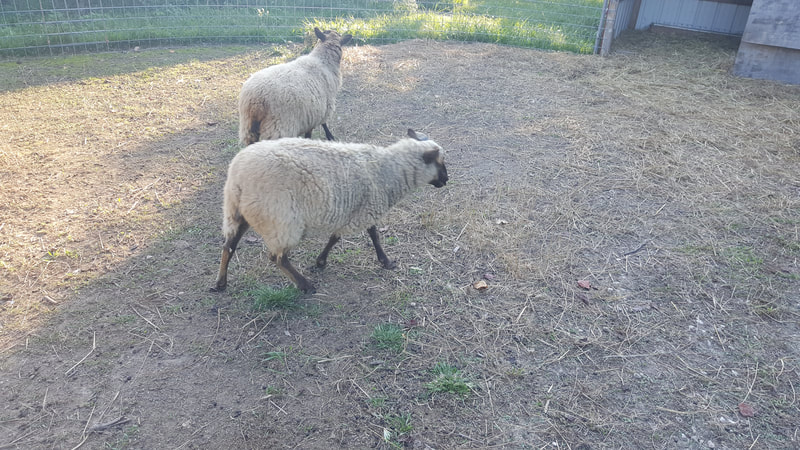 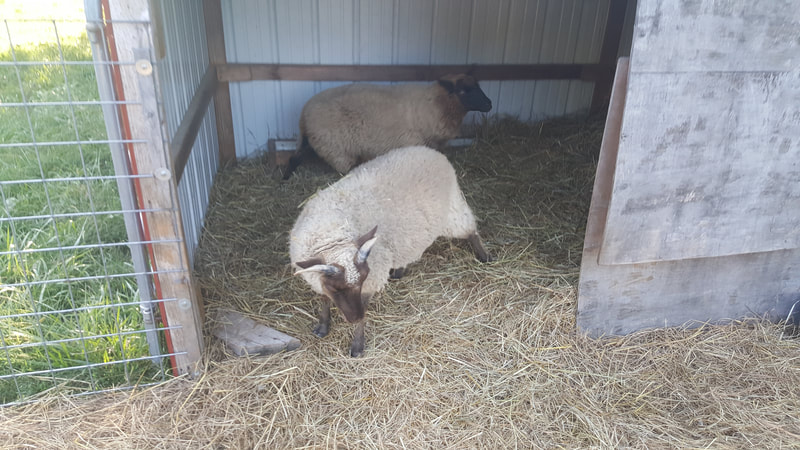 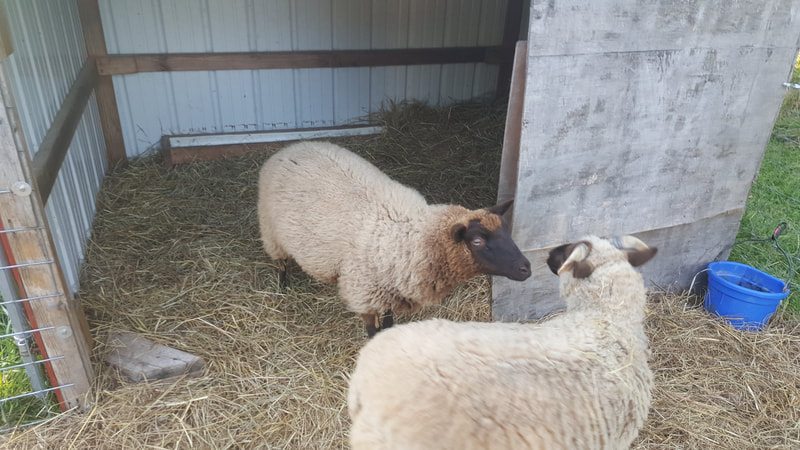 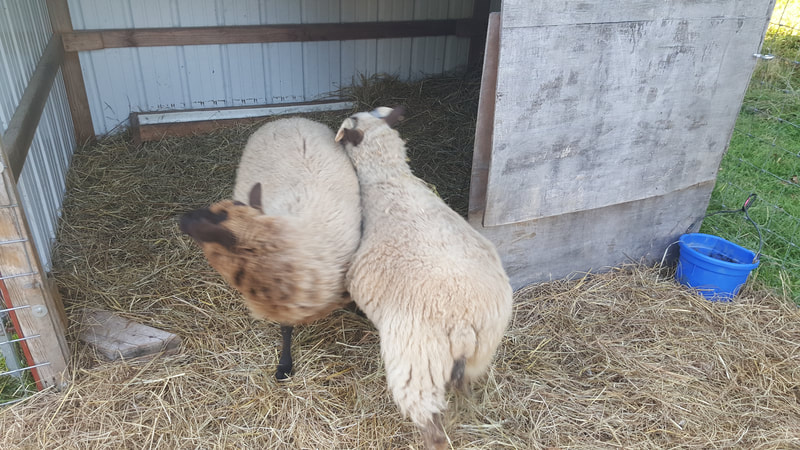 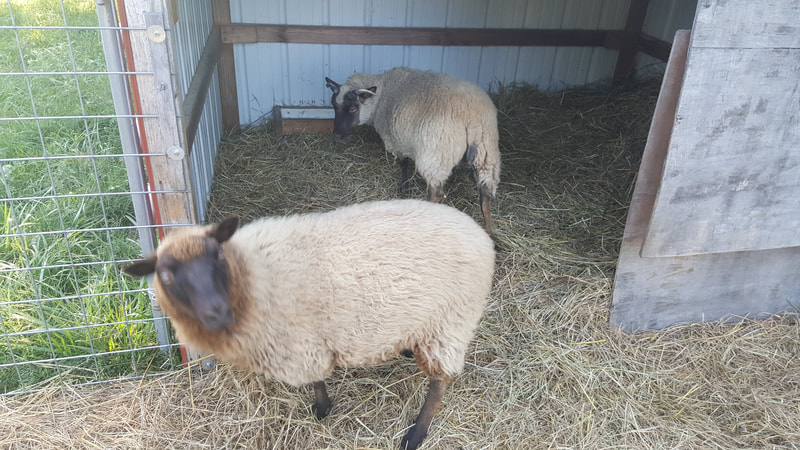 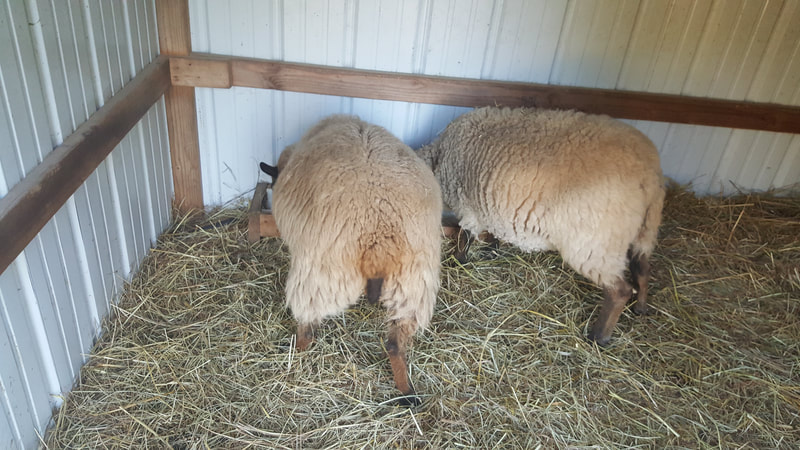 George & Gracie are two full blooded Shetland Sheep. They are approximately 75% to 85% blind. They have been mostly blind since birth.

​ A breeder asked us to give them a home. They are in a specially designed pen and shelter. The pen is large enough to give them plenty of space to exercise but small enough so they can find their way to their shelter where they get grain and hay twice a day. They also have easy access to fresh water 24/7.

Unfortunately they run into the fence, building etc. on a regular basis due to their limited sight. They have learned to come in out of the rain, snow and heat when necessary by following the fence due to  their limited eyesight.

Their shelter is three and half sided so they can easily get out of the weather and at the same time have adequate ventilation. It is also very easy for them to enter and exit. Their pen is just outside of our living room window so we can constantly keep an eye on them. Our guard dogs adjoin their pen so we do not have to worry about predators.