Assorted Pictures of Llamas Doing What They Do Best. 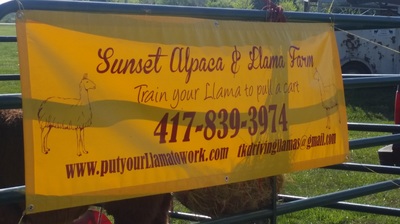 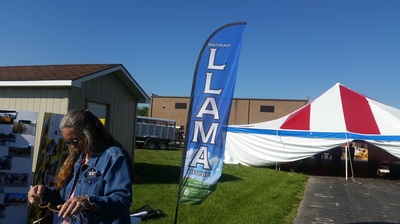 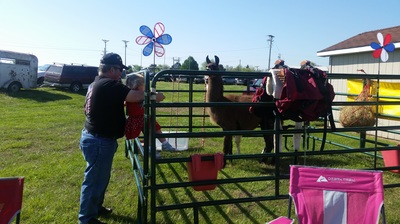 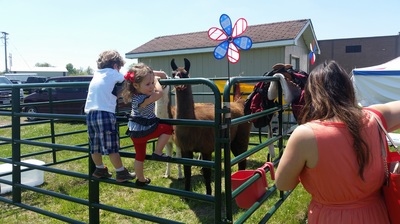 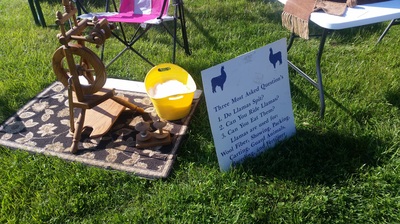 Above:
April 23, 2016 was the annual Dallas County Business Expo in Buffalo Missouri, we took Milkyway and Rambo. We also had an information table about Llamas, Southeast Llama Rescue (SELR), the Missouri Llama Association and of course Sunset Llama Farm. We also had samples of yarn, scarves, etc., made from Llama and alpaca fiber. Debra of course had her Lamb spinning wheel there and did spinning demonstrations which is always a sure thing to gather people. 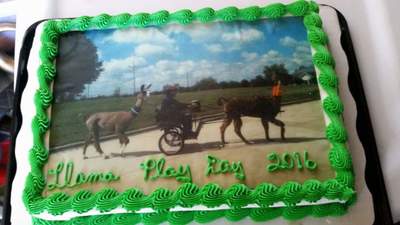 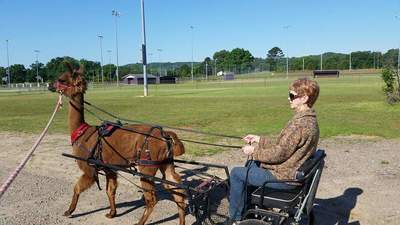 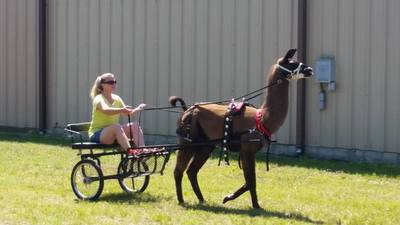 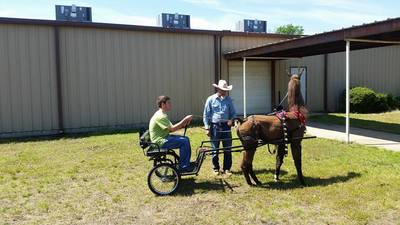 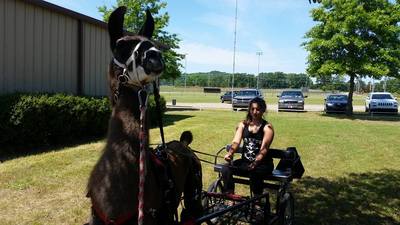 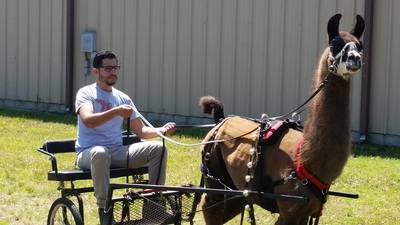 Pictures above are from May 7, 2016, it was the Llama Play Day in Ozark Arkansas sponsored by Sona Gardner of Ozark. We took Milkyway & Ferdinand along with the mini cart. Both Llamas had a good time letting both Llama owners and people who did not own Llamas drive them. For those that were too young we let them ride in the cart while we led the Llama.