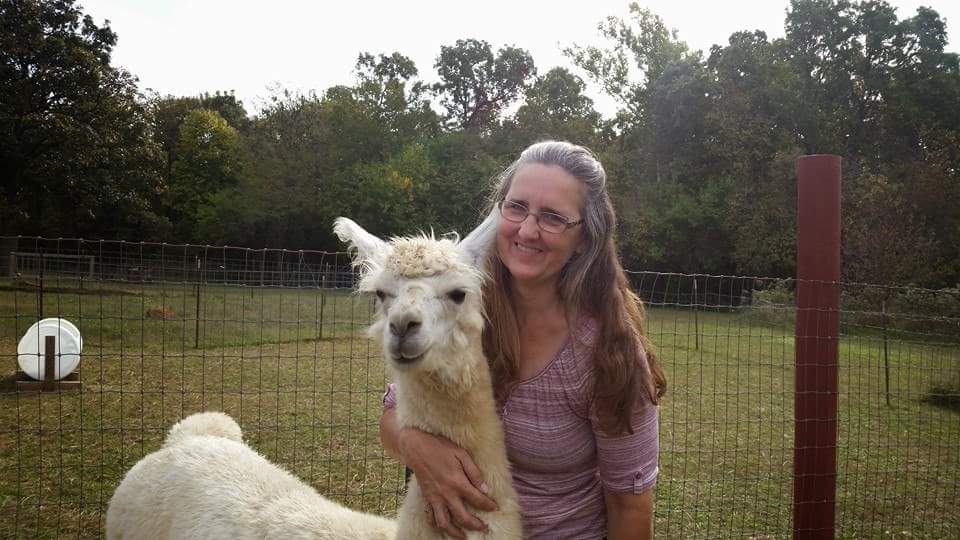 Deb with her first Llama "Tuff Enuff", he certainly lives up to his name and has earned his keep.
Deb started with alpacas in 2010. In 2013 she met me and realized that Llamas were capable of doing so much and fell in love with not only them but me as well. Since then she has participated in many events with Llamas, alpacas and doing demonstrations on spinning and other fiber related projects. She also is very active in Llama & alpaca rescue in Missouri. 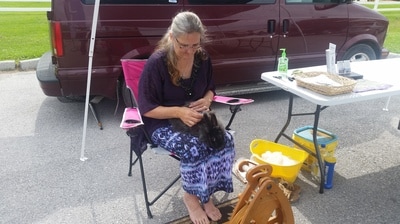 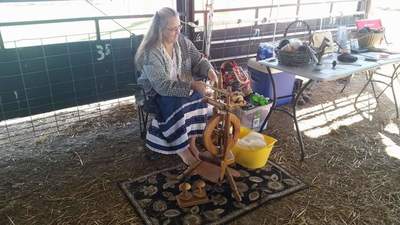 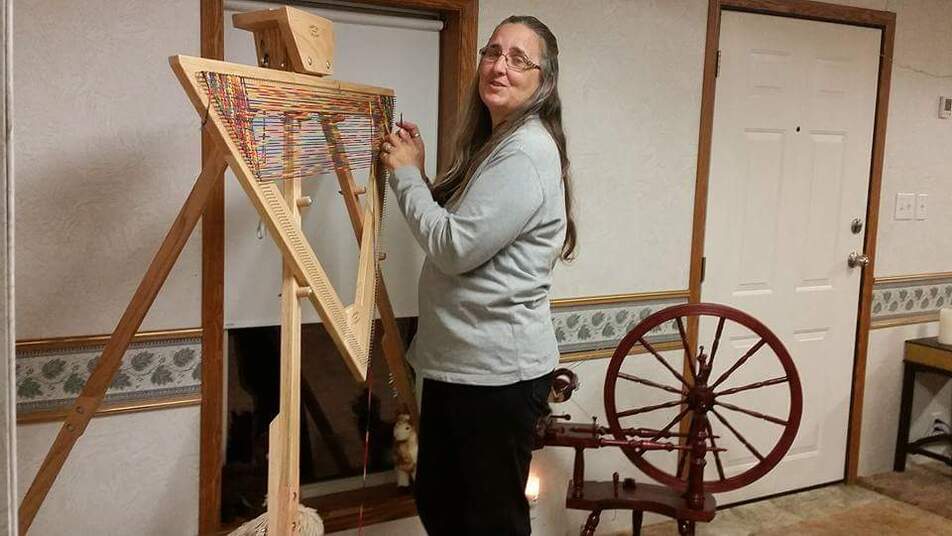 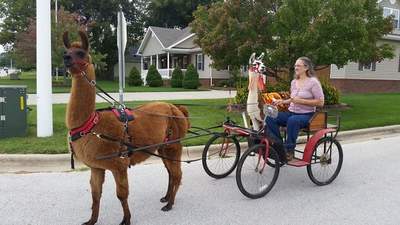 Above are a few pictures of Deb enjoying the different aspects of Llamas, alpacas and fiber.
Top Left: spinning at the Dallas County Fair in Buffalo Missouri.
Top Right: spinning at the Celtic Festival in Buffalo Missouri.
Bottom Right: Enjoying some time at home while working with her triangular loom.
Bottom Left: Deb drives Ferdinand on a quiet city street while Rambo tags along for the exercise.